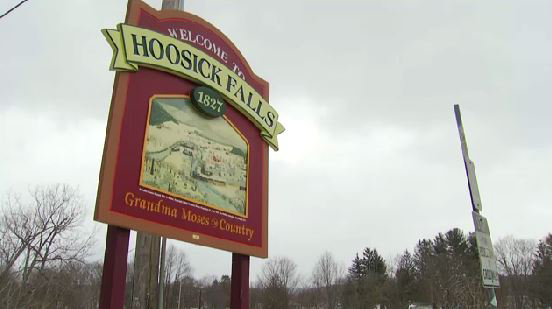 Last week marked the completion of 500 days of water contamination in Hoosick Falls with the chemical PFOA.

The Environmental Advocates of New York organized residents of Hoosick Falls to gather at the state capitol in Albany on Thursday to demand state leaders to find an uncontaminated source of drinking water for the community.

Currently, residents of Hoosick Falls are using filtered water from the treatment systems that have been put into place by the state to remove PFOA from the contaminated groundwater. However, residents are still afraid of the potential effects consuming the filtered water may have.

“We want to see a long-term solution to this where we’re providing clean water uncontaminated with PFOA to the village. But certainly, in the interim, we’re making sure this treatment system is 100 percent effective,” stated DEC Commissioner Basil Seggos.

The DEC will soon announce the results of a feasibility study conducted to locate a new water source. Saint-Gobain and Honeywell were ordered by the state to execute this study.

“We’re looking at a few spots in the valley where enough water is being produced, at least water quality is good in a couple different wells that have been drilled. And we’re doing continual tests on that to make sure there’s enough water pressure and capacity,” said Seggos. The state Environmental Facilities Corporation has granted $220,000 to the village of Hoosick Falls for engineering and other expenses related to the toxic PFOA contamination in the town’s water supply.

According to the office of Governor Andrew Cuomo, the grant money would need to be repaid only if the village comes to a settlement with the two companies held responsible for the pollution and are reimbursed for the contamination costs.

Richard Azzopardi, a spokesman for Cuomo, stated that, “This funding will help the village as they continue to seek a fair monetary settlement with the polluters and hold them accountable for their actions…A great deal of progress has been made, but there is more work to be done, and this funding is simply one more way to support the village as they move forward.”

Earlier this week, the state Senate Finance Committee voted unanimously on a bill that would allow Hoosick Falls to to issue bonds to help cover additional contamination-related costs.

The legislation will be voted on by the complete Senate in the coming days.